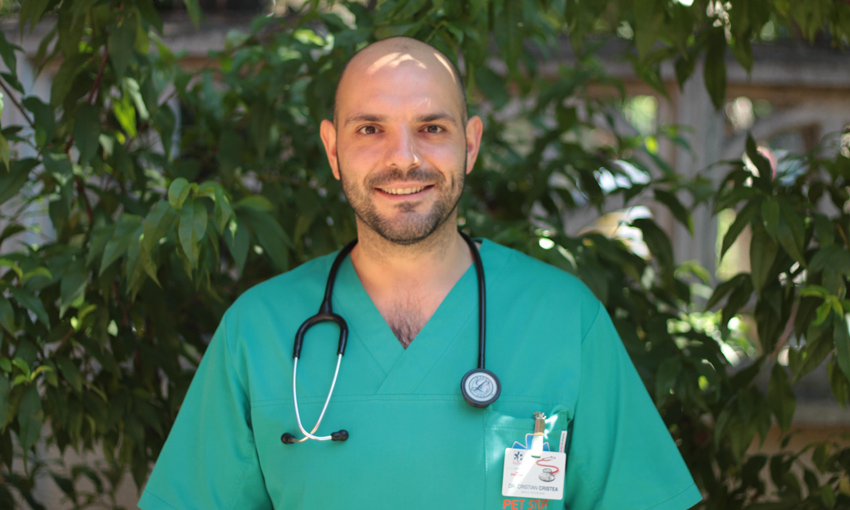 He is grateful for his friendship with his boxer Zack when he was a teenager, who guided him to the profession of veterinarian.

From the beginning, he was concerned with emergency medicine, in which he specialized. It is the area in which he can most effectively concentrate his passion with which he works: solving complex situations, often at the limit. In other words, he is the kind of doctor who is happy to restore your confidence when you can hardly hope for a solution.

He always evaluates his work in terms of “how much better” – and not only for the way he practices, but also for other colleagues. As a result, in 2014 he co-founded the Romanian Society of Emergencies and Intensive Veterinary Therapy – an association that benefits of veterinarians from around the world, and which meets every year with international lecturers to learn and deepen new practices in veterinary medicine .

Cristi is equally concerned with working in balance with the ethics and comfort of animals. That’s why he started collaborating in the office with canine instructors (ethologists or specialists in the behavior and way of life of animals). It is an area that he wants to make more and more known to animal breeders who come to Pet Stuff, and who can learn how a visit to the doctor can become free of trauma and fear.

He believes that he must work in any case in the most serious but friendly way. So, you won’t have time to ask him too many questions, because he will patiently explain everything you need to know for your little friend to wag his tail again with joy.